For the majority of human history, weddings were small, family and/or village-based affairs more along the lines of church potluck events. Only a small percentage had a wedding reception, as we currently think of them, and they were usually the wealthiest of the local community. The upper upper echelon in the largest of cities held grand affairs and they were primarily for political reasons. Over the last couple of centuries, as the middle class developed, these larger ceremonies crossed economic layers and became more common for more people. That being said, they were still fairly modest because there was no such thing as credit cards, retirement accounts, or home equity lines of credits (heck, there were barely banks as we know them).

It wasn’t until after World War II that big weddings became more popular across the board and the idea of overspending on the event rose in alignment with the phrase “Keeping up with the Jones.”  In 2019, the average wedding cost was over $28,000. That’s essentially $60 of necessary expense (the marriage license) and $27,940+ of discretionary expenses—and we all know how Kitty feels about discretionary expenses. In an interesting economic turn, prior to this point, the biggest expense of a wedding was often the groom’s suit, which was traditionally the first for the young man (and sometimes the only, just like his beloved – LOL!). I find it interesting that purchasing something practical for the family was the focal point of the wedding expenses, which certainly isn’t the case now. Now, tuxes are rented and expensive wedding gowns are rarely (if ever) worn again.

How about the engagement ring? Throughout history, exchanging jewelry (usually but not always a ring) has been a part of the ceremony as a symbol of the contract being agreed to (bridal parties willing or not). It wasn’t until the Edwardian Age that engagement rings were exchanged. Even then, it wasn’t until the Roaring 20’s that anyone other than the “one percenter’s” exchanged rings that even remotely compared to what is routinely exchanged today. Of course, that lasted for about a decade before the Great Depression meant we once again exchanged simple bands. Then, along came De Beers who launched their “a diamond is forever” marketing campaign in 1948, and, suddenly, diamonds became part of the wedding culture. Once again, like Hallmark holidays or owning versus renting a home, our traditions were created by marketing teams.

Of course, a wedding is something to celebrate—a joining of souls who managed to find each other in this crazy madcap world is a wonderful thing. Both my parent’s and my own wedding pictures are part of my screen saver so I’m not a total Ice Queen. The question I pose is: are the events of one day really something to go into debt for? Raise your hand if, looking back through the years, you might think twice about spending so much money on the wedding (yours or your child’s) when you could have put some of it down on a new home, or paid rent for a year(+), or paid off school loans, or done a family VRBO, or, or, or. I would also suggest that dipping into your own savings to cover the costs of your child’s wedding should be done only after a thorough examination of your own long-term financial stability.

Let’s start a new tradition…have a simple pre-WWII wedding and throw a full-blown 10-year anniversary celebration. Since the average American marriage lasts ~8½ yrs., you do the math…. 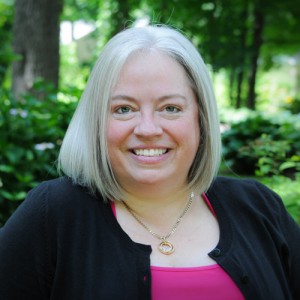